This is the fifth(V) cranial nerve. It is the largest of the cranial nerves, which supplies sensory branches to the face, the greater part of the scalp, teeth, oral and nasal cavities, and motor supply to masticatory & some other muscles. It also contains proprioceptive nerve fibers from the masticatory and probably the extraocular muscles. because

Trigeminal nerve derives its name from the fact that it divides into three large nerves, ie, because

These emerge separately from the cranial cavity. 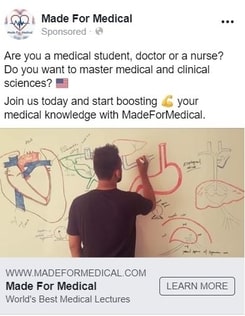 The sensory trigeminal nerve nuclei are the largest of the cranial nerve nuclei. Extend through the whole of the midbrain, pons and medulla, and into the high cervical spinal cord. The nucleus is divided into three parts, from rostral to caudal (top to bottom):

It emerges from the ventral surface of the pons near its upper border, at the junction of the pons with the middle cerebellar peduncle and consists of two roots

Fibers in the sensory root are axons of cells in the trigeminal or semilunar ganglion. The neurons of the unipolar cells in the trigeminal ganglion divide into Peripheral and Central branches. The peripheral branches being grouped into ophthalmic and maxillary nerves and sensory part of the mandibular nerve. The central branches constitute the fibers of the sensory root running posteromedially under the superior petrosal sinus and tentorium cerebelli to enter the pons. because

The fibers which end in the nucleus, caudal to the fourth ventricle are principally concerned with the sensations of pain and temperature from the trigeminal area, but the spinal tract and the nucleus also receive fibers of general sensation from other cranial nerves entering the medulla oblongata through it, notably glossopharyngeal and vagus nerves. In the spinal tract, the ophthalmic fibers are ventral and descend to the level of the lower limit of the first cervical spinal segment. Maxillary fibers are central and extend below the medulla oblongata while mandibular fibers extend only up to mid-medullary level.

It is attached to the lateral part of pons by its two roots – sensory and motor roots • Sensory root arises from semilunar ganglion located in the meckles cavity.